“We are not free, separate, and independent entities, but like links in chain, and we could not by any means be what we are today without those who went before us and showed us the way.”

With commitment to the craft and deep appreciation for all who've come before us—we hope our wines provide pleasure and help shape memories you make around your table. 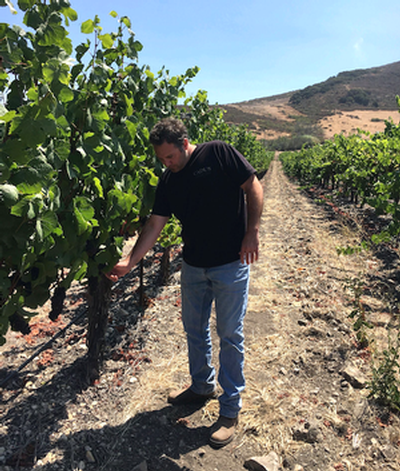 While visiting family in Kona, Hawaii, the memorable flavor of single-plantation coffee opened Ryan’s mind to a whole new universe. In 2003, bitten by the “ag-bug,” he discovered the Willing Workers on Organic Farms program which allowed him to learn and work across vineyards in Australia and New Zealand. During that time he bounced around the Hunter and Yarra Valleys  before working the 2004 harvest in Mornington Peninsula at Turramurra Estate. From there, travels swept him to Central Otago and Hawkes Bay to prune alongside vineyard crews.

More excited than ever to dive deep into the world of wine, Ryan trekked to Vina Cobos in Mendoza, Argentina to work the 2008 harvest under the tutelage of renowned winemaker Paul Hobbs. Inspired, he returned to California in the spring of 2008 and sat in front of Richard Sanford sharing his desire to source from one of the pioneers of California Pinot Noir—and with that, in the 2008 vintage Deovlet Wines was born with two tons (~100 cases) of Pinot Noir from the La Encantada Vineyard, Sta. Rita Hills AVA. 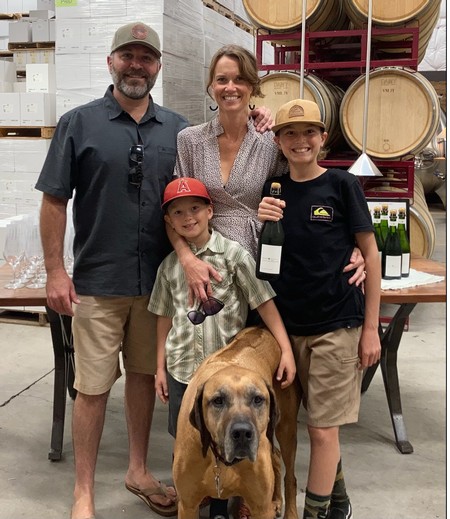 An insatiable learner, Grace harbors a deep respect for Mother Nature—a love that led her to winemaking.

A Cal Poly Wine & Viticulture grad, Grace started at small wineries, Per Bacco Cellars and Clesi Wines, where coordinating the wine club and tastings quickly evolved into  punchdowns, pumpovers, and winery work. From there, Chris Ferrara connected her with an opportunity in New Zealand for the 2012 vintage, an experience that solidified her passion for the process.

After an exciting experience in the southern hemisphere Grace crossed the globe ready to work a second harvest that same year—sharpening her skills in the cellar for Stephen Dooley of Stephen Ross. That same vintage she met Ryan Deovlet and the rest is history. Grace teamed up with Ryan to craft wine for Deovlet Wines, Refugio Ranch Vineyard, and Biddle Ranch Vineyard before taking the leap to South Africa in 2016 for the chance to learn from Mullineux Family Wines.  After 3 incredible months digging deeper into her own obsession with chenin blanc and exploring new varieties like pinotage, she traveled home hungry to adventure on with Ryan and Deovlet Wines.

After 9 vintages together, Grace and Ryan just vibe, both enamored with the craft from the dirt to the fruit to the bottle and ultimately what winds up in your glass. It doesn't get more fulfilling than that.

Their commitment to every decision brings a shared vision full circle,  producing outstanding wines that offer a sense of place over any trend, with a keen eye on quality and consistency.